Your never to young to catch a wave.

Ready to take your surfing skills to a new level?

Join us for our next session of surf school.

It’s not just about surfing at Sunset Surf,

it’s about truly being in the moment.

Surfing is a dynaic sport.

To become a more competent surfer, you need a combination of skill, ability and knowledge to assess all the various conditions as well as situations that the ocean can produce.

Having an understanding of the ocean and surf conditions before you paddle out will enable you to make the right decision to suit your level of skill, making each session safer and more fun.

Waves are formed by wind blowing across the ocean’s surface in areas called “fetch zones” forming chop. The chop then moves out of the fetch zones to form lines of swell.

These lines of swell then travel across the ocean in groups known as “sets”. The swells then become waves and break when they move into shallow water, such as reef, beach or points.

When a wave breaks, it releases energy; it is this energy that surfers utilize for surfing.

Parts of a Wave

Waves are measured in length and height. Surfers also use the following terms to describe different parts of a wave.

LIP – the top of crest of a wave

These features are shown in the diagram below… 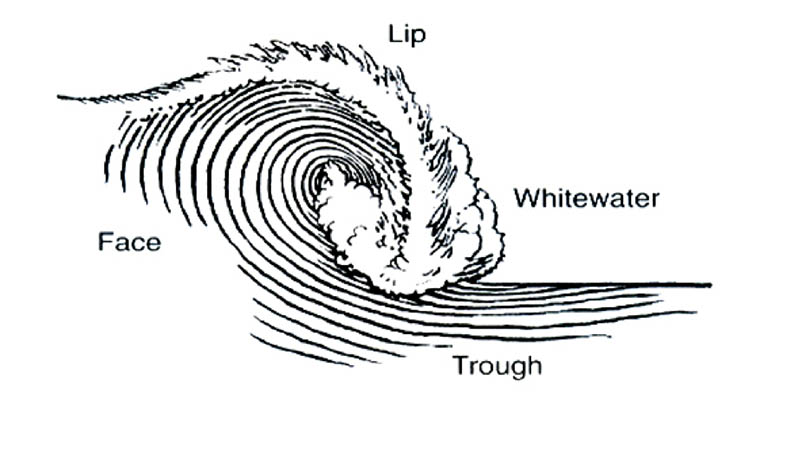 Every wave is unique and different to the next, but we can divide theme into two broad categories: PLUNGING WAVES and SPILLING WAVES. The slope of the seabed determines which category each wave falls into.

Formed when the water becomes shallow very quickly. (See figure 1b) This wave stands up, becomes top heavy causing the lip to pitch out. These waves are powerful and for experienced surfers only. It is these waves that can tube or barrel, creating the ultimate ride for a surfer.

These waves occur when there is a gradual slope in the sea floor, breaking slowly with little power, perfect for the beginner surfer. (See figure 1c)

The three main waves suitable for surfing are:

When a wave breaks on sand bottom. These waves can change size and shape because the sand is constantly moved by the waves, by currents and by tides which shift the sandbanks, therefore altering the shape of the wave.

Located on headlands and rocky points. Point breaks usually break in one direction, left or right, depending on the shape of the land structure. Normally creates long peeling waves. 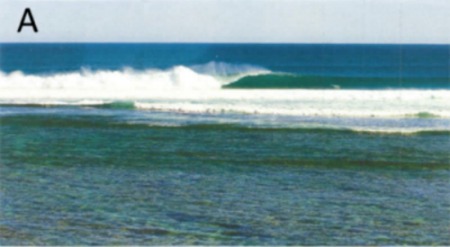 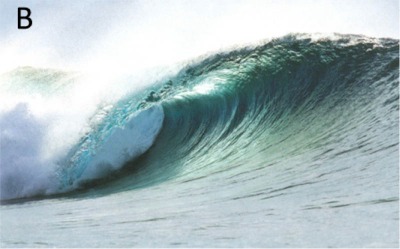 When waves and wind combine together and approach a beach at an angle, the form long shore currents and sweeps, as shown in figure 2A. It is important for a surfer to be able to understand this principle and tell which way the sweep is running. 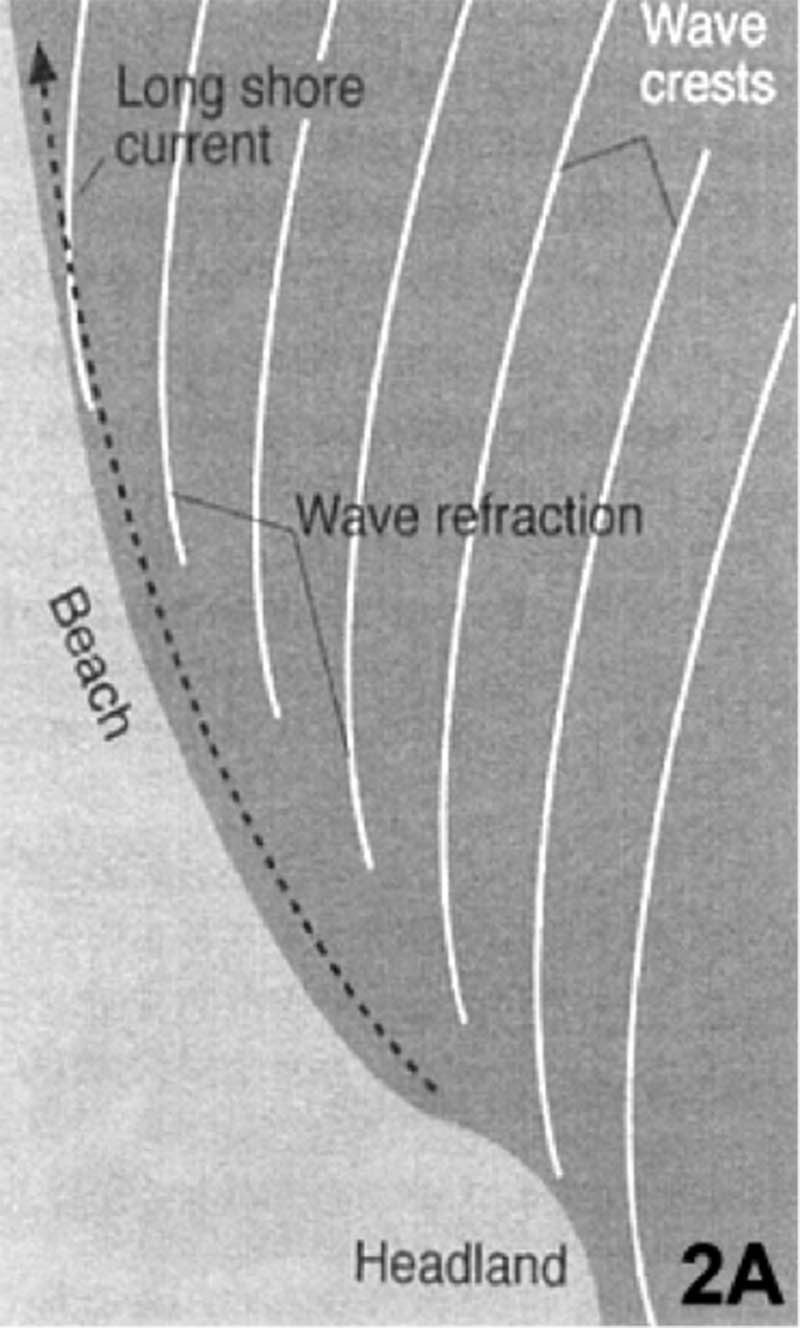 When waves break onto the beach, this mass of water must make it’s way back out to sea, using “channels” as shown in figure 2B. These currents become stronger with bigger waves due to the extra volume of water. Rips do not tend to extend much further past the breaking wave zone. 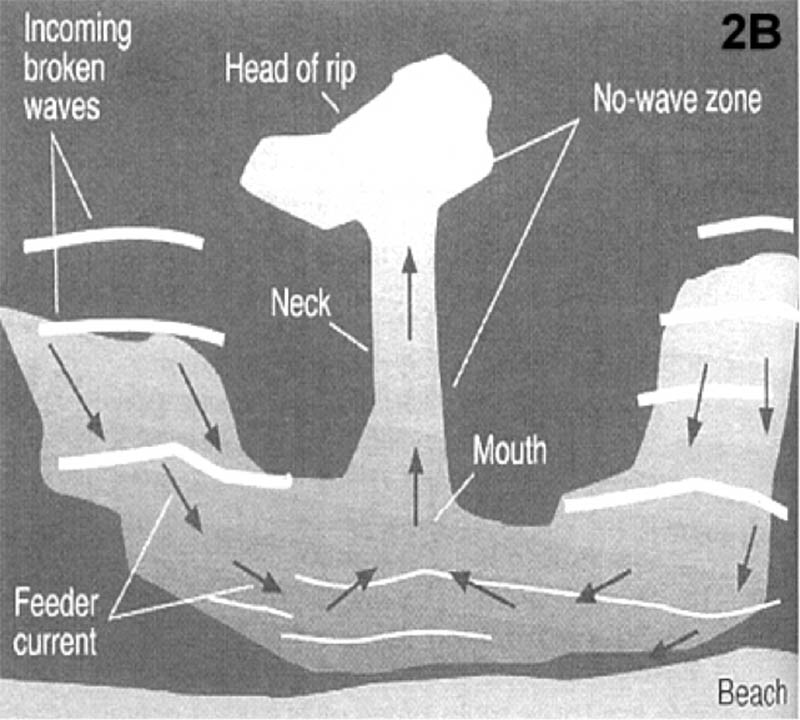 How To Spot A Rip

Look for the deep water or “channels” on either side of a sandbank, notice that the rip will tend to be discolored with sand and have turbulent, choppy water running out to sea. (As seen in photo below) Rips can be dangerous for the inexperienced surfer or weak swimmer so it is important to know how to spot and identify them before you enter the ocean.

Experienced surfers use rips as an easy route out to the waves: entering at the mouth, they are briskly swept out through the neck of the rip and then paddle across to the breakers. 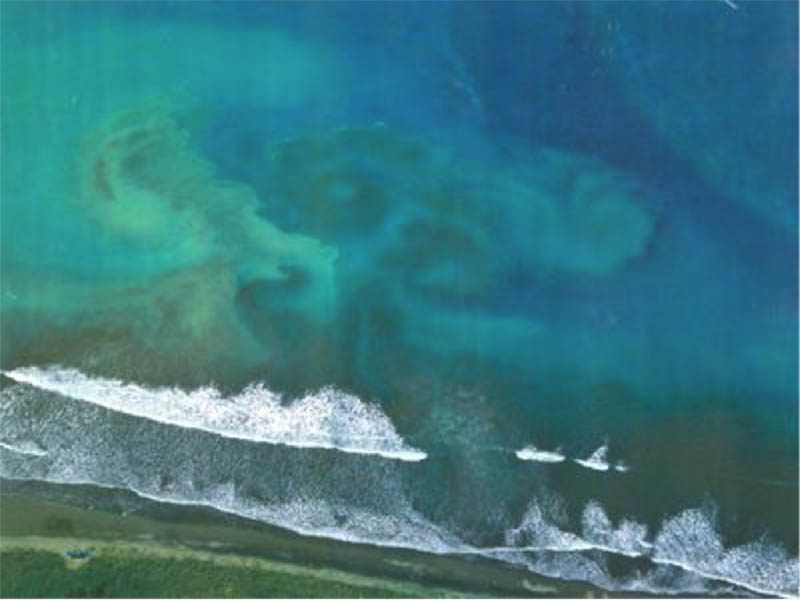 If caught in a rip the number one rule is don’t panic. Try to stay calm and swim across the rip on a diagnonal angle to the breakers and then back to the beach.

If surfing the same applies, paddle across the rip and catch a wave in. Never swim or paddle directly against the current as it is far too strong. If you are tired one arm waved above your head will alert lifeguards to your situation. 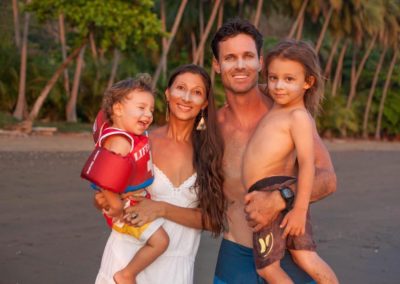 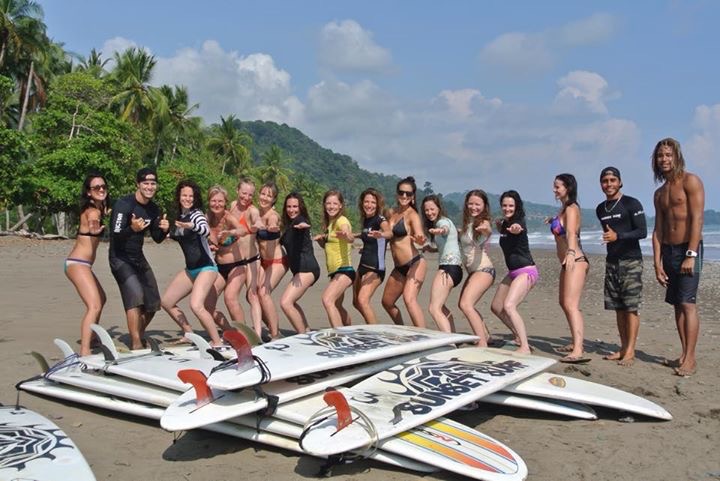 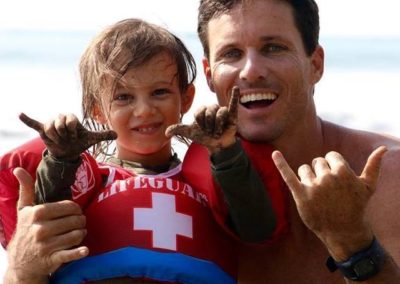 Keeping It In The Family